Moderate to vigorous activity is a miracle drug if performed to a recommended level but is avoided by most, both children and adults throughout the developed world.

Physical inactivity is the fourth leading risk factor for global mortality & responsible for over 25% of Breast & Colon cancers in addition to Diabetes & Heart Disease.

A brisk walk, at a pace that makes one feel warm & a little short of breath for at least thirty minutes a day can add at least seven years to one’s life & is probably the safest & healthiest activity that can be undertaken long-term.
Ideally walking outside will maintain Vitamin D levels, improve mood & cognition.

Arrange to stand & move around at least twice an hour if desk-bound.

Activity should be mainly aerobic at a level where you feel you can keep going for at least an hour (your eventual target) but if just starting to move, ten minutes is fine. As a guide, your pulse rate should be around 70% of your maximum. The transition from a “couch potato” to someone who moves regularly has the biggest gain regarding your future health. MRPE 2 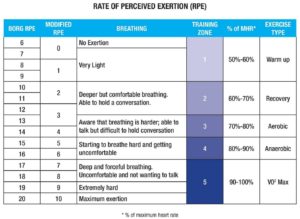 High intensity interval training HITT
has become extremely popular requiring much less time but far more effort! As initiation often results in injury ideally it should be supervised when starting or confined to an exercise that you feel confident that you are able to do correctly. To be done properly it should feel very, very hard with a pulse rate above 85% of your maximum. Only about 1% of your activity should be at this level and you will need a longer recovery period if done properly. MRPE 6

Vigorous-Intensity exercise may be more effective than sustained moderate activity in reducing cardiovascular risk which remains globally the commonest cause of premature death.

Moderately hard activity has been found to be not as important to overall fitness but doing approximately 10% of your weekly activity at this level – where you know you have had a work-out will allow you to train all your body’s energy systems. Your pulse rate for this should be around 80% of maximum. MRPE 4 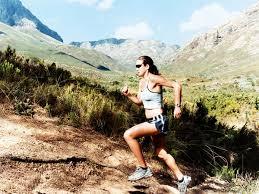 Evidence suggests that large volumes of sport specific activity needs to be done to improve aerobic fitness, skill & running economy. The majority (80%) of which should be at a low intensity with a heart rate up to 65% of maximum. The remainder is high intensity with a heart rate 80-90% of maximum. The previously popular threshold training no longer has a strong evidence base for improving endurance. 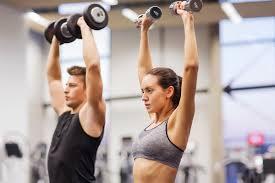 Three sessions a week each lasting around ten to fifteen minutes will be your goal. These should not require going to the gym or involve any special equipment, but you will use your own body weight!
This is incredibly important for the more mature (at least in age!) as it reduces the age-related muscle loss (sarcopenia) that increases overall frailty & the risk of falling. There is increasing evidence that avoidance of Sarcopenia
requires increase in dietary quality protein in the region of 2g/kg/day providing Kidney function is normal.

Walking for 150 minutes each week reduces the risk of early death by 36%, which on a global scale would prevent 10% of heart disease & 13% of premature death.

Inactivity has a mortality rate similar to that of smoking and increases your risk of ill health by 114%, Dementia by 82% & Depression by 150%.

Tricks of the Trade to Encourage Fat Loss!
Fat utilisation is greatest at around 60-65% of maximum heart rate.

Turning off your central heating allows your body to channel more energy
(fat) into temperature control.

Suitable Aerobic Activity when starting an Activity Program
Brisk walking building up to at least 30 minutes daily.
Cycling initially on the flat but building up by about 10% weekly to include hill-climbing & sprints.
Swimming initially 15 minutes twice a week increasing by about 10% weekly, utilising all strokes and introducing flexibility exercises in the pool, will strengthen upper and lower limbs including buttocks & ensure your spinal core muscles are used regularly.

Keen to be green! (Cutting Boris down to size?)