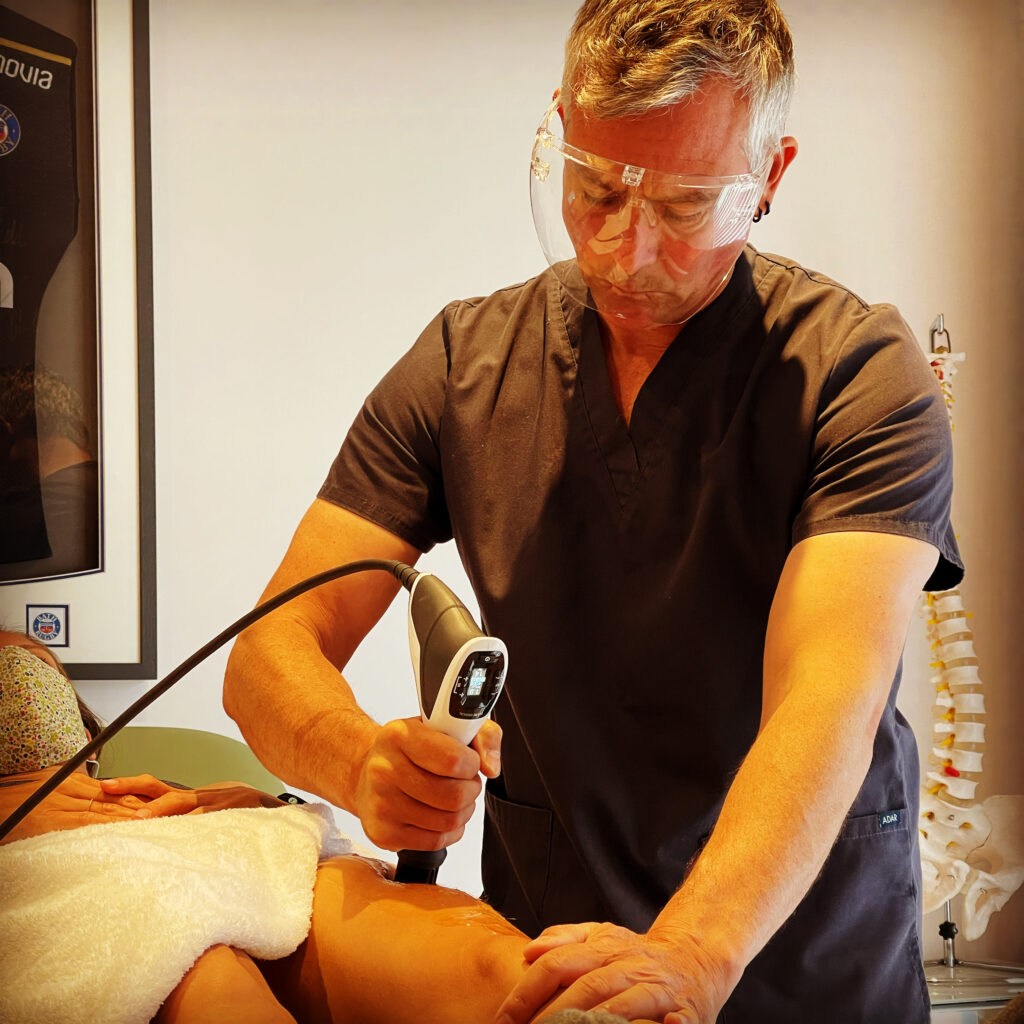 What Is Shockwave Therapy?

Shockwave therapy was first created back in the 1970s and was exclusively used as an effective treatment technique for kidney stones. Using shockwaves reduced the need for painful, invasive surgery, and the same goes for musculoskeletal conditions we see today.
Shockwaves are high-energy, audible sound waves and have been used in medicine since the 1980s. In rehabilitation therapy, shockwaves are channelled to the area to accelerate healing. Shockwave therapy is a minimally invasive treatment that is carried out on an outpatient basis.

Shockwave Therapy (ESWT) involves passing short, intense sound waves into damaged tissues, which increases blood flow, has an analgesic effect and stimulates the repair and regeneration process. The treatment puts the cells into repair mode and allows your body to restart its own accelerated healing process.

Shockwave Therapy is clinically proven and well approved by the top orthopaedic hospitals, it is also approved and widely used by many professional sports bodies including:

ESWT has both NICE guidance and FDA approval for a large number of indications. Shockwave Therapy enforced by qualified therapists is a largely risk-free and side-effect-free process of treating musculoskeletal conditions and chronic pain.

The Many Benefits of Shockwave Therapy Include:

What Are the Expert Opinions?

Scientists fully recognise the valuable effects of shockwave treatments and how they trigger direct action. A variety of problems have been effectively dealt with, but what is the science behind the shockwave?

Substance P
One of the central messenger substances that is released is known as Substance P, which is a growth factor and pain moderator. The discharge of such a substance produces an analgesic effect whilst amplifying the blood vessels, inspiring blood circulation and contributing to the design of new bone tissue. In essence, we know that when treating an area of pain, shockwaves directly speeds up the repair process.

Triggers Cellular Defences
By committing to the release of free radicals, shockwave treatments help to enhance our endogenous cellular defence mechanisms to protect us from disease. The body’s signal and modulator modules play a crucial role in the activation of these cells.

The Cox II Enzyme
By suppressing inflammatory mediators such as Cyclooxygenase-2 (COX II), shockwaves create an anti-inflammatory reaction, which decreases any inflammatory process. In short, it is an important stimulant during the healing process.

Overstimulates Nerve Fibres
Studies have shown that shockwaves act in another unique way. By hyper-stimulating the nerve fibres, this blocks any escalation in pain stimulation and therefore strengthens the analgesic effect (also known as Gate Control Theory)