Every adult should have a cardio respiratory fitness (CRF) evaluation.
The American Heart Association recommendation
2016
CRF is a “Vital Clinical Sign rarely measured in Clinical Practice”
The Journal of the American College of Cardiology
2018
People in the top 2% of age- related Cardiorespiratory Fitness are 80% less likely to die over the next 8.4 years when compared with the group with the lowest fitness level
JAMA Network
2018

Subjects are encouraged to exercise to their absolute maximum, which usually takes around ten to fifteen minutes dependent on one’s fitness.

Evidence accumulated over the past thirty years has firmly established the low levels of CRF are associated with a high risk of heart attack & stroke, as well as the risk from certain cancers, especially breast & colorectal.

The future risk of Metabolic conditions such as Diabetes, Mental health issues such as Anxiety/ Depression & the scourge that is Dementia may be reduced by a relatively small improvement in VO2 Peak. Although recognised as an important marker of health, it is currently the only major risk factor not routinely assessed in clinical practice.

CRF is the single best predictor of cardiovasular risk & premature death as it tests heart & lung function, the ability of the circulation to deliver oxygen to the muscles & their abilty to function normally.

Although influenced by genetic make-up & age it can be improved in most individuals with huge health benefit, without resorting to the use of medication!

*Subjects with difficulty walking or unsteadiness are advised to be tested on the cycle ergometer.

A proforma history, medication & lifestyle questionnaire will be completed on line prior to your appointment. Heavy exertion should be avoided within the 24 hours prior to your test & no food consumed within three hours of testing.

A pulse monitor is worn throughout the test. A face-mask is fitted to allow continuous gas analysis during the test using Metalyser Sport which is calbrated prior to each test. The CRF is measured using either a treadmil or cycle egrometer with a gradually increasing work-load following a gentle warm-up.

Preliminary results are discussed with the supervising clinician regarding future lifestyle improvement.

A completed report with further advice will be e-mailed within two days of the test and recommendation for follow-up testing to monitor improvement where appropriate. 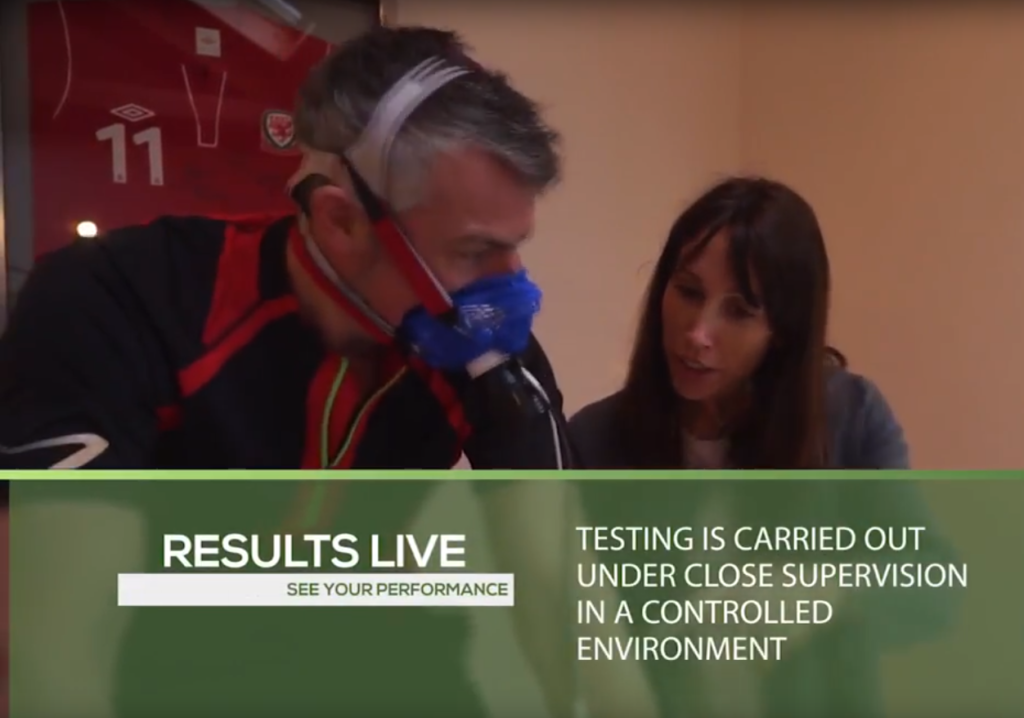